The Shaw Classic strongman competition may not go down for another three months, but athletes will now have plenty of time to get ready. Brian Shaw recently revealed the events for the contest, and the lineup is pretty intense. There is a ton to like about the inaugural Shaw Classic event. It is a contest […] 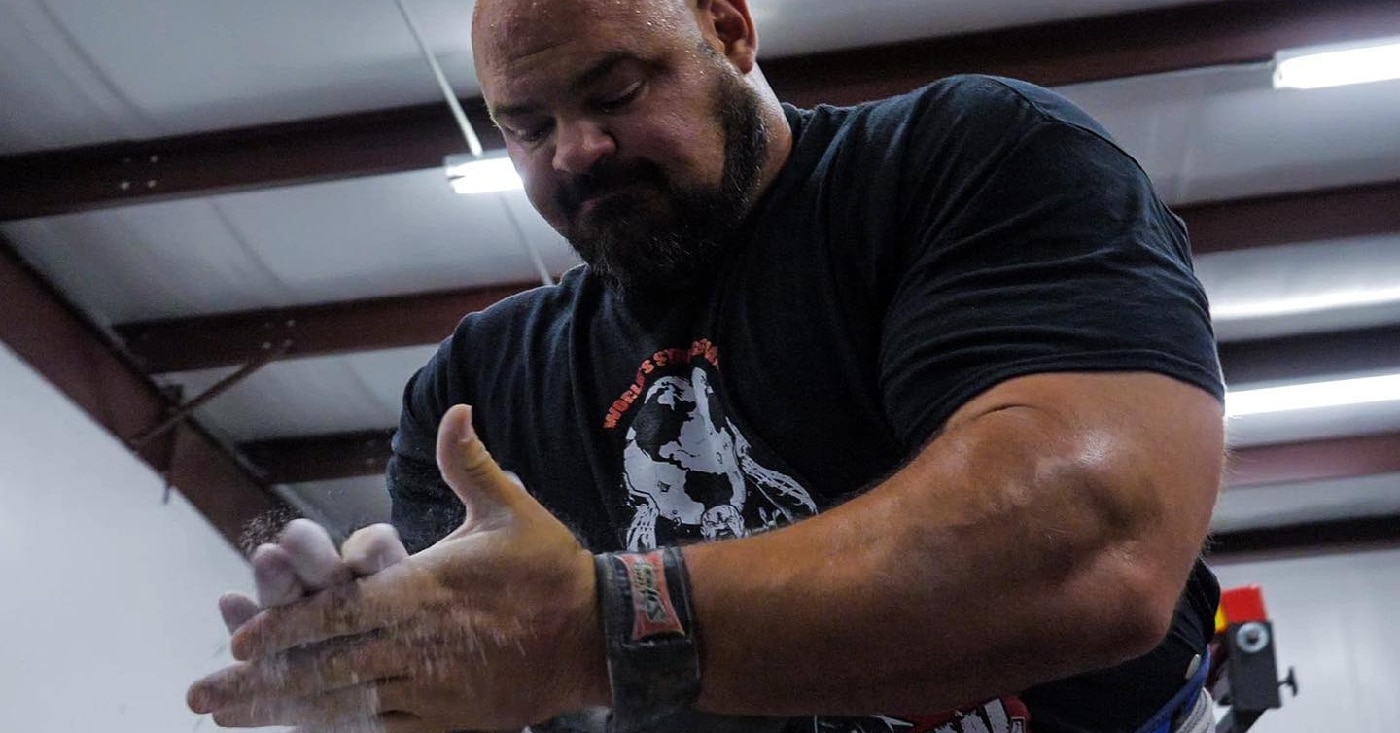 The Shaw Classic strongman competition may not go down for another three months, but athletes will now have plenty of time to get ready. Brian Shaw recently revealed the events for the contest, and the lineup is pretty intense.

There is a ton to like about the inaugural Shaw Classic event. It is a contest being put on and named after 4-time World’s Strongest Man winner Brian Shaw, and it will be taking place at his home gym in Colorado. A few months back he revealed the lineup of athletes who are said to be competing here, and it features some pretty incredible names such as the return of Big Z, Jerry Pritchett, Rob Kearney, Robert Oberst, and many more. Although it does not take place until December 12th, fans are chomping at the bit to see these fan favorite athletes go head to head in this new competition.

Now some more information has come in regarding what to expect from the Shaw Classic. Taking to YouTube, Brian Shaw decided to break some news about his contest. First things first, he revealed who the referees would be, that will oversee the contest.

“We have decided on the referees. I felt like this was a big decision because the referees can dictate and control a contest, and they have to make a lot of important decisions and calls during the contest. So I thought long and hard about this, and I decided to bring in two guys that kind of influenced me in some ways, and helped me out at the beginning of my strongman career. They have both been involved in the sport of strongman, and given back to the sport of strongman in so many ways. These two referees are going to be number one, Van Hatfield, who is a very accomplished strongman…and the other referee is going to be Chad Coy.”

These are some pretty trusted referees picked out, and they are sure to do well. However this is not the only piece of information revealed by Brian Shaw. He also explained that the event will be a two day competition, with the first day being at his home gym and the second being at his mountain gym. Not only that, but he has shared the events that the athletes will be doing.

These are the events for the Shaw Classic:

This competition is shaping up to be one of the most exciting things to happen in strongman this year. 2020 has been a little slow for the sport, but Brian Shaw seems like he is putting his all into making this event as big and exciting as possible.

Thank you for subscribing.

If you want to see great results in the gym, build more muscle and get ripped, the squat is a non-negotiable. A heavy barbell squat hammers almost every muscle in your body while stimulating a lot of growth and a massive hormonal response—over time, including squats in your workout will help you gain more size and strength overall.  That […] 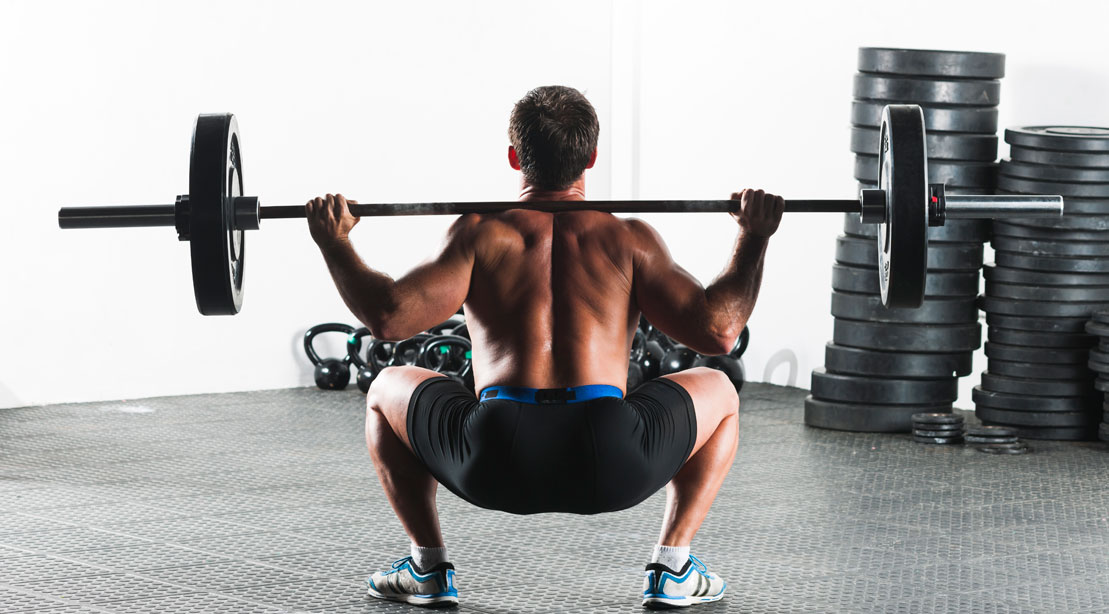 If you want to see great results in the gym, build more muscle and get ripped, the squat is a non-negotiable. A heavy barbell squat hammers almost every muscle in your body while stimulating a lot of growth and a massive hormonal response—over time, including squats in your workout will help you gain more size and strength overall.

That said, you’ll be wasting your time if you make some of the most common squat mistakes around.

But with any complex exercise, there’s a lot of room for error and the squat is no exception. Here are the top 10 mistakes people make with squatting, why they’re bad and exactly what you need to do to avoid them.


10 Common Squat Mistakes to Avoid was originally published at LINK

Every parent knows just how ravenous their kids can be when they come home from school. But before you reach for yet another plate of cheese and crackers, consider changing up the menu. Varying your child’s after-school snacks can help prevent snack fatigue and add some nutritional value and variety to their diet. “Snacks give […] 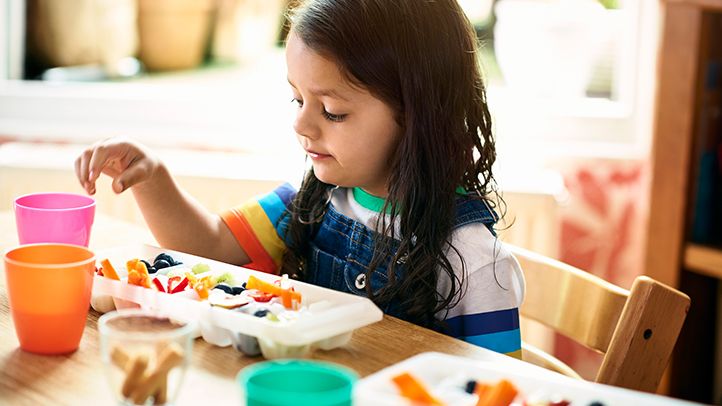 Every parent knows just how ravenous their kids can be when they come home from school. But before you reach for yet another plate of cheese and crackers, consider changing up the menu.

Varying your child’s after-school snacks can help prevent snack fatigue and add some nutritional value and variety to their diet.

“Snacks give you sustained energy throughout the day and help regulate your appetite,” says Annie Paquette, RD, a pediatric nutritionist at Floating Hospital for Children at Tufts Medical Center, in Boston. They also help kids develop hunger and satiety cues and can help shore up a healthy diet, she says.

But just how big of a snack should you give your child — and what kind? Read on for answers to these and other snack-related questions.

The Great Snack Debate: Should Kids Eat Snacks After School?

First things first: Should you give kids snacks at all, or is that just a surefire way to ruin their appetite for dinner?

“Kids are growing, and they may have extra calorie needs from physical activity, whether it’s just playing tag outside or doing sports,” says Isabel Maples, RDN, a spokesperson for the Academy of Nutrition and Dietetics. Plus, she explains, their schedules can vary widely. For example, a child may eat lunch anywhere from 10:30 a.m. to noon at school, and depending on after-school activities or their family’s schedule, may not eat dinner until 7:30 p.m.

“Young children have less stomach capacity than adults, and recommended portion sizes are smaller,” says Paquette. They may need one or two snacks a day, while older children may only need one, unless they’re very physically active. She advises spacing snacks 1 to 2 hours before and after scheduled meals.

The key, says Maples, is to designate a set time for snacks and let your kids eat as much or as little as they want during that time frame, depending on how hungry they feel. As long as you don’t let them graze for hours or hand them a large box of crackers, your child will likely be hungry again come dinnertime.

Another important thing to remember about snacks: They can power the mind as well as the body, which is especially important for school-age kids as they tackle homework. “Snacks are extremely important in a child’s diet,” says Kristi King, MPH, RDN, a spokesperson for the Academy of Nutrition and Dietetics and a senior dietitian at Texas Children’s Hospital, in Houston.

“Food breaks down into glucose, which is the preferred source of fuel for the brain and muscles,” she says. “A snack can help them concentrate on schoolwork or fuel them for after-school activities.” Not only that, says King, but snacks are also a great way to make up for any deficits in a kid’s diet. So, for instance, if your child isn’t keen on drinking milk with dinner, a smoothie made with yogurt and fruit can be a great way to boost their dairy intake, says Maples.

How to Make Healthy After-School Snacks

Here are some other useful tips to remember as you plan your child’s after-school snacks.

Focus on whole foods. Whenever possible, pick fresh fruits and vegetables, lean meats and fish, whole grains, and other foods commonly found on the outer perimeter of the supermarket over processed snacks that are loaded with preservatives or added sugars, fats, or salt, says Yvette Penner, RD, a pediatric nutritionist at Floating Hospital for Children at Tufts Medical Center, in Boston. These foods contain calcium, potassium, vitamin D, fiber, and iron, says Paquette, and some people — adults and kids — don’t eat enough of these nutrients.

Pair protein with fiber. Combining a protein source and a fiber-rich carbohydrate can give your kids an energy boost while filling them up until dinnertime, says Penner. Some examples of great pairings: apple slices with nut butter, low-fat yogurt with berries, or hummus with baby carrots.

Cut back on added sugar. “Aim to eat fewer than 25 grams per day of added sugars, or about 6 teaspoons,” says King. Paquette notes that on average, kids in the U.S. consume too much sugar, which can contribute to obesity and other comorbidities, such as the development of diabetes or heart disease.

Use natural foods as sweeteners. Some kids may gobble up vegetables happily, but if your child refuses to eat anything green, try sweetening up a green smoothie with some fruit. Kids might resist at first, but if you can get them to try it, they may realize that the fruit makes the smoothie flavorful and yummy, says Maples. Be patient and keep trying; it may take time, but eventually, your child may get on board with greens. To further encourage a love of green foods, you can blend some green grapes, oranges, pineapple chunks and spinach together to create a drink that looks like veggies but tastes like tropical fruit goodness.

Involve your kids in snack time. Encouraging your child to choose and make their own snacks can help even the pickiest of eaters expand their repertoire. One idea: Make a list of healthy snack options, and put them on index cards, suggests Maples. “Scramble them if you want, and mix and match the cards,” says Maples. “Say to your child, ‘OK, let’s plan our snacks out for the week.’” This is a good way to help guide them as they make their own choices, she says.

Another great way to get kids involved: Give them ingredients to make their own trail mix, says Maples. Let them choose a cereal, add nuts (which, she notes, are high in fiber and protein), and even throw in a few raisins or chocolate chips. Similarly, you can let them whip up their own yogurt parfait by choosing the yogurt, fruit, nuts, and other ingredients.

Be flexible. Sometimes the best-laid schedules can fall apart. If you run into a situation where it’s close to dinnertime and your child is hungry but hasn’t had a chance to snack — because, say, a soccer match ran late — you can offer a small glass of milk or an apple, says Maples. Or make dinner a smaller meal, she suggests.

Make moderation your guide. When it comes to snacks, follow the Goldilocks rule: not too big, not too little, just right.

“There’s the permissive, ‘Just go get yourself a snack,’ and then there’s that other end, where a parent says, ‘This has one gram of sugar in it. No way, we’re not doing that,” says Maples. “Somewhere in between is where you really need to land.”

Try these ideas — or put your own spin on them — the next time your child gets the munchies after school.


Best After-School Snacks for Kids was originally published at LINK